Amber + Joe, All The Little Things

Amber and Joe, scientists who first met at a local university in 2010, celebrated the start of their married life, surrounded by their family and friends this summer at the scenic Blue Mountain Ski Resort. 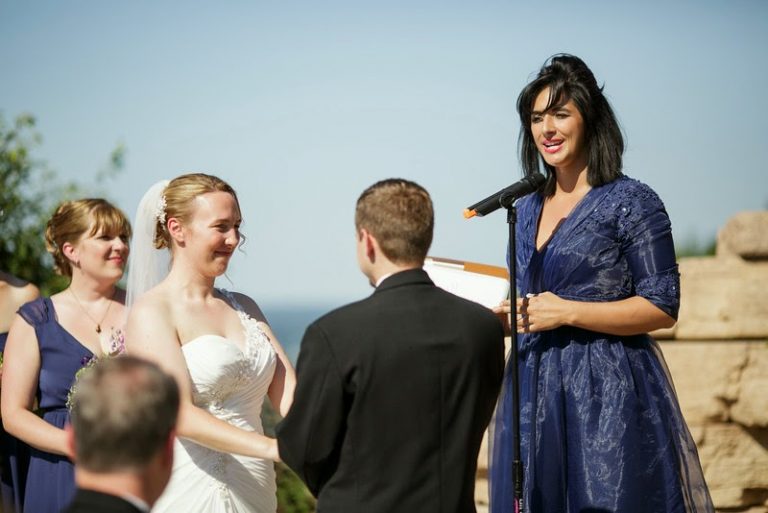 Amber and Joe, scientists who first met at a local university in 2010, celebrated the start of their married life, surrounded by their family and friends this summer at the scenic Blue Mountain Ski Resort.

“She makes me happier than I’ve ever been in my entire life or even thought possible.”-Joe

LOVE STORY Not long after Amber moved to the area, she was invited to work happy hour– it was there that she met Joe for the first time. Over drinks, Joe and Amber gravitated to each other, discovering they had a lot in common. Still thinking of Amber, the next day, Joe dropped off a book they had discussed the night before, and being friendly, offered to show her around town.

After that first meeting, Joe and Amber started spending more time together, they’d go running together or grab a couple drinks after work. Joe says, “I guess I started thinking to myself that these were ‘dates’ when on one occasion, I went to ask Amber to happy hour, something we had done several times before, but as I walked to her office, I suddenly realized I was nervous. I reconsidered, turned around, and walked back to my office…at least part of the way,” he remembers, “I think I turned back around two or three times and paced a few steps before I decided to finally knock on her door and ask if she wanted to get a drink.” Amber had plans to go for a run later that evening, so she agreed to go out, but just for an hour.

That night, one hour turned into many. Joe and Amber bonded over all they had in common: family backgrounds, professional interests and worldviews. Conversation flowed easily late into the evening, Joe says “they clicked” and Amber never went for that run.

Processional: Amber honors the relationship she has with both parents by coming into the ceremony with her mother and father.

In the coming days that followed, as these two spent more time together, Joe says, “it became increasingly clear to me that Amber was someone very special…I was amazed at how easy it was to spend time with her…being with Amber felt like the most natural thing in the world.”

Amber says, “When it came down to it, I knew he was worth the chance. I had never experienced the kind of connection that we had.” At the end of the night, as they were saying their goodbyes in the parking lot, Joe leaned in and kissed Amber. From that night on, Joe and Amber spent as much time together as they could, and never ran out of things to talk about.

“Amber, the man whose hands you hold loves you very much. He’s romantic, adventurous, nerdy and goofy, protective of your heart and a little bit of a neat freak. He absolutely adores you.”–Alisa Tongg, Celebrant

Both Joe and Amber realized that their feelings for each other were quickly deepening. It wasn’t long before Joe told Amber that he loved her, and Amber said she felt the same way. He says, “we both fell hard and fast. Once those words were spoken, we started making plans for a future together.”

Amber and Joe hardly had the chance to settle into life together before Joe’s work called him to Minnesota for a research position. They were forced to decide how to handle a long distance relationship. “Never wavering in their commitment to make their relationship work”, they tried to see each other at least twice a month—taking turns on who would make the weekend flights between Minnesota and Pennsylvania.

Passing The Sign Of Peace: “Today two families and a great group of friends are all coming together for Amber and Joe…”-Alisa Tongg, Celebrant

Amber remembers that they talked everyday too. They used Facetime and Skype to greet each other in the morning, and send kisses to each other at night.

Sometimes they would even leave Facetime or Skype on in the background when they were at home. Amber says, “it just made it seem like we were in the same room, even if we weren’t even in the same state…we’d have Skype dates where we would cook dinner at the same time, and then sit down to eat with each other.” They’d even watch movies together, trying to synchronize the start times so they could react to the same scenes together. “It wasn’t always easy,” Amber says, “and we missed each other a lot, but we did a pretty good job of making the best of the situation.”

After living apart for six months, Joe found a job back in Pennsylvania. Since then, they haven’t been apart.

Ring Warming: Amber and Joe invited all their guest to bless their rings before they exchanged them. During the ceremony, family and friends passed their rings, each adding their silent prayers, hopes and wishes for the couple and their marriage.

About a year after returning home, Amber and Joe went out for dinner at the same restaurant where they shared their first kiss and their relationship began. On the way out, they talked about how difficult it was to imagine life without each other, and discussed what they wanted for the future. At that moment, Joe got down on his knee and asked Amber to marry him. Amber said, “Of course I will!”

“Joe, the woman whose hands you hold loves you very much. She’s silly but determined, generous and trusting, she has an incredible intellect and caring attitude toward everyone she meets. She makes you happier than you ever thought possible.”—Alisa Tongg, Celebrant

To demonstrate their commitment to nurture their bonds and invest in their family, the couple planted a flowering dogwood tree in their wedding ceremony. Around the roots of this tree, they used soil brought from their childhood family homes in Michigan and Pennsylvania.

Amber says, “I hope we always treat our relationship as something that needs to be actively cared for and cherished…and that we always grow.”

Amber says that, “I don’t think romance requires one grand gesture after another. For me it is all about the little things and Joe does so many little things everyday to show me how much he loves me… He makes all the hard and bad days easier and all the good days so much better.”

As a grande finale to their ceremony, seven friends were selected to each bestow a special blessing upon Joe and Amber–guests enthusiastically tossed rice and lavender as Amber and Joe took their first seven meaning-filled steps into their married life together.

Thank you to Denise Weaver for sharing these sweet photographs of Joe and Amber’s thoughtful wedding.